The promotion of high tech building smart construction by Zero Housing, which will take place on the Paseo de España, in La Linea de la Concepción, in the bay of Algeciras and in front of Gibraltar, will be compatible with the qualification «Passive House Premium» becoming the Galician construction company Zero Housing in absolute leader in this type of industrialized building that is the most demanding in the world, entering with force in Andalusia with the highest quality standards in search of excellence in construction through its partner HT Building SC in the field of Gibraltar and Sotogrande. 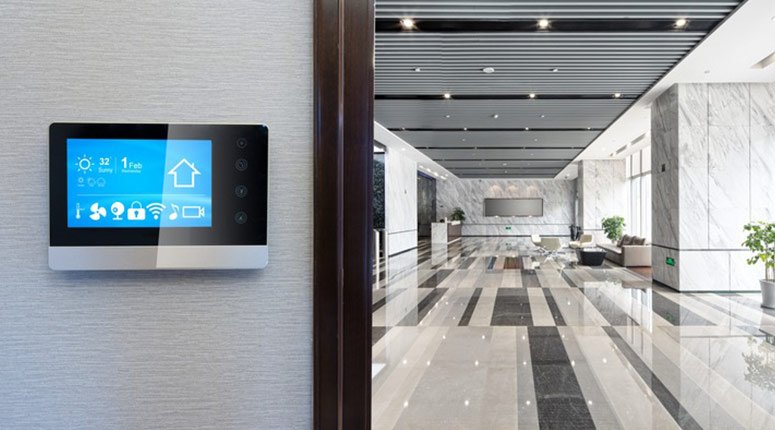 «No one still thinks that building can be different».  @mbienta Magazine

From HT Building we are born with the personal commitment to get involved as actors and tractors of this change that the United Nations Summit demanded on September 20, 2019 so that we are all indispensable parts to stop climate change.

The industrialized construction system is in dry, saving 20,000 liters of water on average per building.

“But without a doubt, the real energy saving is not only done by the user of the facilities, by practicing a rational consumption of energy, but by the engineer when he conceives the design of a building.” tecnicaindustrial.es

Our commitment is to make known the need for a change in the construction method such as the one that Zero Housing has achieved after many years of research and investment getting a product that by its excellence we can say that is unique in the world to have the highest standards of quality achieving excellence in industrialized construction, because not all builders are equal, since most of those who consume electricity do not invest in the most important in order to lower the final price. In Zero Housing the consumption is zero, that differentiates them, in the 100% tightness and all this has been achieved by adding what was achieved by its main partner, Thermochip.

We got on its green march to claim that in the change of construction system is the dry break in the degradation of the planet since:

And in this we are all responsible, if you are going to spend money on a house, it demands that it is not only classification A. The A consumes energy from the network or gas or fossil resources, it demands to be responsible on how you spend the money when investing in a housing, which is the most important expense in the life of a family or person, that the four qualifications are met: Leed, Leed Breeam, Green and Passive Houses.

We must all put our drop in the bucket in the promotion of industrialized construction, especially betting on Zero Housing for being the excellence of this new and emerging high quality construction model that we proudly represent for their contribution to the future of a cleaner planet in its effort to invest and innovate in engineering, which is where the greatest energy savings in construction comes from when designing its project, as in the materials used without water consumption and fully recyclable to achieve 100% tightness, reducing zero energy consumption. It is not only the benefits derived from big data and artificial intelligence that are well applied to a recovery of the Planet that we have almost destroyed among all. It is the reverse side of that hard coin that is Earth before it melts.

It really is where you become aware that we all must be politicians because the responsibility has been both individual and collective, and that the world can be changed if we all want to change it by starting each one in our home, neighborhood, town, city or world, depending of its strength and level of influence, because every small effort is already doing it, and it is never too late to start, is just wanting to be part of an eco-healthy collective consciousness.

And those who do not want to be part, will be relegated by that same responsible society that will corner them by not buying their polluting products.

It is a way of life for people who have decided to put their time, money or intelligence, each what they have and can, to get personally involved in creating a new world 4.0, since the previous one has been very poor built by people, the same capable of creating amazing and great things.

Perhaps the treatment of the data well executed in programs that avoid that human failure, that greed, that bad commission charged, that extra cost that endangers the quality of the constructions, that man who also builds or that one that paradoxically destroys it.

This 4.0 revolution is going to be fought to be won by the builder and the destroyer loses it, putting all the high technology at that service, so that alarms and firewalls go off when some begin to destroy this healthier and new world, safer than among all we will build, avoiding the failures of the old human system and relying more on the technological.

It is time to follow the roadmaps marked decades ago by the United Nations and the responsible governments out of votes introduced at the polls by hands that follow their minds, not those of others, each one owns one, and each one It contains a universe if you use it for the common good, if you do not stop using it and give it to another to take it again and again to a quagmire without solution. If they love you poor, you can resist because your mind is rich if you cultivate it and think and act.

4.0 citizens are responsible for their minds and their bodies to keep them healthy and active. And 50% of greenhouse gases are produced by traditional bad construction that is neither ecological nor healthy, spending millions of liters of water that is the most precious and scarce resource.

Not to mention the maintenance of buildings around the world, that when it is hot, to cool, much more heat is poured outside, thus impossible to combat climate change. The goal is to live better inside and outside the houses.

The important thing for this cluster that has joined naturally to share the same objectives, is the new industrialized construction 4.0, which will build new areas in cities and rebuild old and sick cities to become healthier, creating this so populations more aware of the use of their investments so that they invest in their own health, which do not derive everything in the public because the public is private, it is our health, it is not investing endlessly in healing is investing in not getting sick.

Responsibility is not just paying taxes that are invested in paying a public health system that is the best in the world or paying millionaire insurance, it is to avoid getting sick, it is to prevent the disease from being a business for many unethical businesses and businesses. To be ethical is to pay everyone to enjoy clean energy, to produce healthy things, it is more prevention and less illness, because a house is not just a roof, it must be a sanctuary of clean and pure air with large windows and very well oriented with materials 100% recyclable and watertight to have zero temperature losses, zero inlet of toxic gases from outside and zero consumption of unhealthy energies.

That is investing in mental and physical health. A healthy home is not small or large, it is a 4.0 home, which has used all the technology and artificial intelligence and data at its disposal to invest all the engineering processed thinking about the health of the people who will inhabit it, contributing from the same way to a world zero emissions, and millions in high technology and artificial intelligence.

It is also a house that should not be speculated on with it, that could never be sold more expensive so that when you wanted another larger one or somewhere else you could buy it and enjoy its qualities so that investing in healthy houses was not a matter of money but a right and that the builder had a reasonable profit for the much invested, and the promoter that risks, too. In this way, the individual could democratically access a 4.0 house, and not only the rich could enjoy it.

Health is a right to which we all have to have access, but rich and poor people get sick, the third industrialization, the previous one, has also been democratic at the time of death, because pollution permeates everything without distinguishing the air that is breathed in the streets and houses, it’s dirty for everyone.

But thanks to using our intelligence, creating artificial and technology, we can reduce the greenhouse effect by 50% reducing the major cause to build with zero emissions.

We are the cluster of industrialized building created by individuals committing their own money for the common good, together with 4.0 companies that have invested their capital in R&D for decades to fight to reduce the share that belongs to them for their construction sector to which it belongs, for being the main cause of the greenhouse effect: the traditional construction of houses, buildings and cities, and its energy maintenance.

We have come together to enjoy the construction of healthy cities so that we are mentally and physically healthy citizens.

A healthy house makes your mind stable and happy, and is supported by a strong and healthy body to build an equal, non-terrifying society like the current news, everything influences, junk food, tobacco, drugs, pills. Zulo-houses that promote streets full of traumas of people without illusions, goals or jobs. No one would need illegal consumption or criminality if they had a well-oriented, proportionate, beautiful and comfortable house to fight for and live for, which would not be cold or hot and had green around.

This is the Fourth Revolution, this is the 4.0 world. Welcome, you are part, we all are, it is our time to fix all the mistakes.